While going to work on a bike, was hit by a car. Now worker insurance must compensate him with over a million Argentine pesos

A 51-year-old worker suffered an accident while riding a bicycle from his home to the place where he works.  The workers performed gardening and parking tasks.

When going to work by bicycle, he was hit by a motorcyclist and suffered a severe trauma which injured his lumbar region. After the trial, judges decided that the ART  (workers insurance) must pay to him the amount of $ 695,278.33 Argentine pesos, plus interest.

The case was handled by the Labor Chamber with seat in Cipolletti which ordered a medical expertise to examine the worker. The report showed a percentage of disability of 32.20%.

Judges considered that “in order to determine the degree of disability that must be compensated, … it should be borne in mind that, as repeatedly stated in pronouncements of this Chamber, no one better than the doctor, knowledgeable and undisputed connoisseur of the biology, anatomy and physiology of the human body, is in a position to advise the Court of the result of the accident, especially the somatopsychic insufficiencies or disabilities, generally known as disabilities.”

The accident was deemed to be “in itinere”, this means while the worker is going to his or her job.  The Labor Contract Law equates these types of accidents (that occur on the way to and from work) as the ones which take place inside premises.

To calculate the compensation, the judges resorted to the mathematical formula outlined by precedents, which computes factors as the age of the worker, the salary he received at the time of the accident and the percentage of disability.

In Argentina, there is a law which purports to reduce workplace risks and indemnify employees who get ill or injured at work.  Every worker must have a Work Risk Insurer (Aseguradora de Riesgos del Trabajo, or ART), which is paid by the empleoyer.

The ART must compensate any injured worker in accordance with the requirements of such law, and it must also provide medical and pharmaceutical attention, prosthesis and orthopedics, rehabilitation, and occupational re-classification. 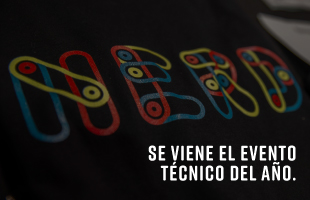